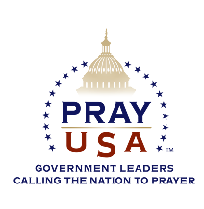 Senator Stewart Greenleaf and Rep. Rick Saccone would like to invite you to the PrayUSA PA event sponsored by the Pennsylvania Prayer Caucus Network. It is part of the extraordinary, nationwide initiative, PrayUSA: Government Leaders Calling the Nation to Prayer that was birthed on March 7, 2015 at the LIFFT America Religious Liberty Summit. Sixteen members of Congress and 36 state legislators, representing 25 states, gathered to coordinate an effective strategy to challenge the growing anti-faith movement in our country.  As a first unifying step, in a solemn and historic ceremony, all who were present signed a Call to Prayer for America Proclamation.

Now over 850 government leaders and over 120,000 citizens have joined the Call to Prayer.  Like-minded national and state elected officials around the country are uniting with pastors, calling ourselves as one Body to humbly recommit our lives to our biblical foundations and join with one heart and one voice to pray unceasingly for the United States and her leaders.

This is not just a prayer meeting. It’s an opportunity to invite Pennsylvania pastors and government leaders to join with thousands nationwide who are participating in this growing movement. As has been done throughout our nation’s history, we are uniting Christian leaders of both government and church in humble prayer for mercy.

To RSVP now to the November 17th event click here.

For more information, contact the State Director of the Pennsylvania Prayer Caucus Network, Abby Abildness at 717.497.5648 or Abby@CPCFoundation.com.

If you cannot come to the event, please consider joining the movement by going to PrayUSA and adding your name in support.