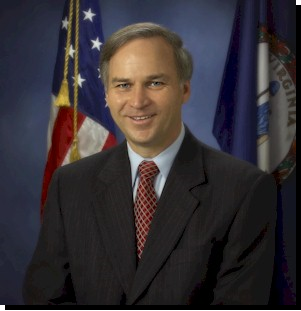 Randy Forbes is the President of the Congressional Prayer Caucus Foundation and National Strategic Center, and is Senior Director at the largest law firm in the United States.

Randy has served as a Distinguished Senior Fellow teaching strategy at the U.S. Naval War College in Newport, Rhode Island. He is on the Board of Directors for the Center for Strategic and Budgetary Assessment and President of American Defense Dialogues.

Randy began his career in private law practice, ultimately becoming a partner in the largest law firm in southeastern Virginia. From 1989-2001, he served the Commonwealth of Virginia in the General Assembly, first as a Member of the House of Delegates, then in the Virginia Senate. In 2001, Randy was elected to Congress where he represented Virginia’s 4th Congressional District for 16 years. He was a senior member of the House Judiciary Committee and the House Armed Services Committee and Chairman of the Seapower and Projection Forces Subcommittee.

Randy is a national leader on the front to protect religious freedom and liberty. In 2005 he founded the Congressional Prayer Caucus – a bipartisan and bicameral official organization of Congress – which quickly grew to over 100 members strong. Each week, Members would gather before Session to pray. The Caucus engaged on a number of legislative issues including reinforcing religious freedom for all faiths in the military, supporting and protecting the autonomy of churches and faith-based organizations, and working to ensure every American is free to live according to their beliefs without fear of punishment by the government.

Randy and his wife Shirley have four children and three grandchildren, which Randy personally regards as his greatest achievement.