Are you ok with being told you can’t talk about God?

Launch of Nationwide Push to Proclaim “In God We Trust” 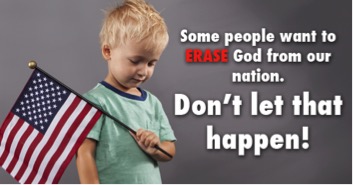 The Court’s continued bias towards secularism – defined as the rejection or exclusion of religion or religious influence – and against Faith’s influence in public discourse creates a hostile environment for citizens that desire complete freedom of expression in regards to their faith’s role in public discourse and shaping public policy. Over time this bias has created an environment in public education where the historical facts regarding the role Christian Faith played in forming our Republic has been all but eliminated. The result being a generation deprived of the truth concerning the importance of Faith’s influence in the marketplace of ideas.​

So we are pushing back. A coalition of non-partisan faith based organizations is launching a nationwide campaign to physically display our trust in God. Our goal is to have 1 million Americans display a window cling that reads “In God We Trust” as a declaration of their belief in our countries motto, and their trust in God.

GUEST AVAILABLE:  Lea Carawan is the President and Executive Director of the Congressional Prayer Caucus Foundation, Inc. A non-partisan, non-profit organization established to unite and mobilize government leaders nationwide who are committed to protecting religious freedom and preserving America’s Judeo-Christian heritage. She is an executive coach, speaker and consultant. Her career has spanned three decades transitioning seamlessly between entrepreneurship, fashion, consulting, ministry and motherhood. She holds a Bachelor’s degree in Business Administration and a Masters Degree in Theology. 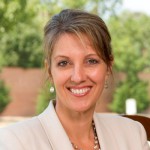 She can tell your listeners:

For more information on the In God We Trust Million Window Campaign go to: ingodwetrust.com

For more information on The Congressional Prayer Caucus Foundation go to: cpcfoundation.com

To book Lea Carawan please contact CJ Wheeler at 858-472-4285 or email her at cjradionews@gmail.com.