The Summit energized our network of 550 government leaders and over 100 Members of Congress, and enabled legislators to strategize about how to reverse the effort to remove God and prayer from America. There were updates on vital initiatives, including 9 new Legislative Prayer Caucuses launched across the country bringing the total to 29 states. There was a growing momentum for PrayUSA, and an increased commitment to our In God We Trust. Put It Up! Campaign which is being energized by the 60th Anniversary on July 30th of In God We Trust as our national motto, and much more.

This work is crucial. There are over 100 religious liberty bills nationwide that must get passed. The attacks against people of faith are skyrocketing. And lawsuits threatening to curtail our religious freedom are increasing. That’s why events like the Summit are so important.

“The Summit was excellent,” said Rep. Nora Espinoza of New Mexico, who is helping launch a Legislative Prayer Caucus in her state. “It was inspiring. Everyone believes in God, prayer, the Constitution, and the direction we want to head as a country.” It was an exhilarating event, and you helped make it happen with your generous support. Thank you!

“It was a great experience,” said Rep. Jeff Thompson of Idaho about the Summit. “When I saw the passion at the Summit, it reinforced what our country is founded on – faith, the Lord, and prayer.”

Rep. Thompson was so moved that he introduced a resolution in his state legislature. The resolution says in part, “We respectfully and humbly invite the people of Idaho to join us in prayer for God’s continued blessing for our country and our state.” The legislature and the speaker supported it wholeheartedly. “I believe this resolution will bring people’s attention to the fact that God is still on the move.”

The resolution lays the groundwork for the next legislative session in Idaho when Rep. Thompson and his colleagues will launch a Legislative Prayer Caucus. In addition, he intends to display our national motto, In God We Trust, on the wall where the speaker stands in the legislature. “There’s significant support for this,” he said.

Rep. Thompson also plans to build a coalition of churches across Idaho in partnership with the legislature. “As more and more legislators get involved, we’ll see a change in the entire country,” he said. “God answers our prayers, and it will be a force that the world has never seen.” This is just one of the ways your support makes a difference. You’re advancing religious freedom and God’s enduring place in our nation! 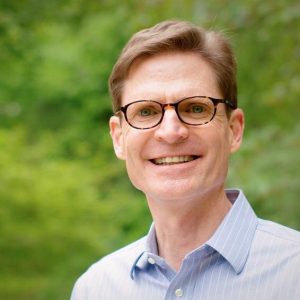 Representative Powell is determined to unite leaders in prayer and action, empowered by your support.  Thank you!

Representative Randy Powell of Kansas attended the 2016 Summit, and was so inspired that he took immediate action when he returned to his home state. “I’m moving forward to establish a Legislative Prayer Caucus in Kansas,” Rep. Powell said.   This is real progress, and your support makes it happen.

The Kansas legislators plan to start their Legislative Prayer Caucus by bringing people together in at a state-wide launch event hosted by the Congressional Prayer Caucus Foundation. “Through this event, we’ll get a broader base of support across the state,” he said. “It will make the whole effort more successful.” 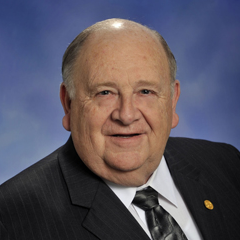 Representative Ken Kurtz promotes PrayUSA across the country, and he’s grateful for your support.

PrayUSA is a nationwide prayer initiative uniting government leaders, pastors, and congregations in unceasing prayer for our nation. This movement is growing, and we’ve reached a milestone thanks to your support.

As of now, 1,011 Government leaders and 140,631 citizens have joined PrayUSA. This is inspiring news. Elected officials are calling Americans to seek God and pray for our country, and citizens are joining the call by signing the Prayer for America Proclamation.

One enthusiastic supporter of PrayUSA is Ken Kurtz, a former Representative from Michigan. He speaks out in support of the movement as he travels across the country. “It’s an opportunity for me to introduce PrayUSA whenever I can,” he said, “to get pastors and legislators involved.”

Rep. Kurtz sees positive results from PrayUSA as congregations and legislators nationwide sign the commitment to pray. “The potential of PrayUSA to bring people together in prayer is unlimited,” he said. “When we pray as a people, positive things happen. I think we could see a great awakening in America.” It’s one that you’re fueling through your support – thank you!

Sheriff Danny Diggs Backs the In God We Trust. Put It Up! Campaign

Sheriff Danny Diggs and one of the patrol cars proudly displaying In God We Trust.  This is your support at work.

In God We Trust. Put It Up! is a nationwide campaign to display our National Motto and acknowledge God in the public square. At the 2016 Summit, attendees received an update on the campaign and how it’s growing. So far, nearly 800,000 ‘In God We Trust’ window clings have been distributed, and we’re reaching our goal of displaying 1 million ‘In God We Trust’ window clings on car, home and office windows all across the country. It’s your support that keeps this movement strong and growing.

At the National Congressional TeleBriefing, held on February 9th, government leaders, ministry leaders, and key individuals joined members of the Congressional Prayer Caucus to discuss tactical plans for addressing the rise of anti-faith groups on our country.

You can hear a recording of the TeleBriefing here. And remember to register at www.CPCFoundation.com for alerts about upcoming events.

Lt. Colonel Allen West: Why I Give My Support 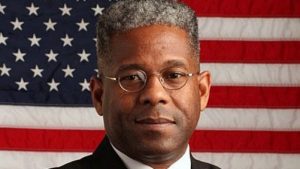 Bringing the Bible Back: Could Growing Public School Movement Backfire?

“The First Amendment right of free speech and right to practice any faith, or...