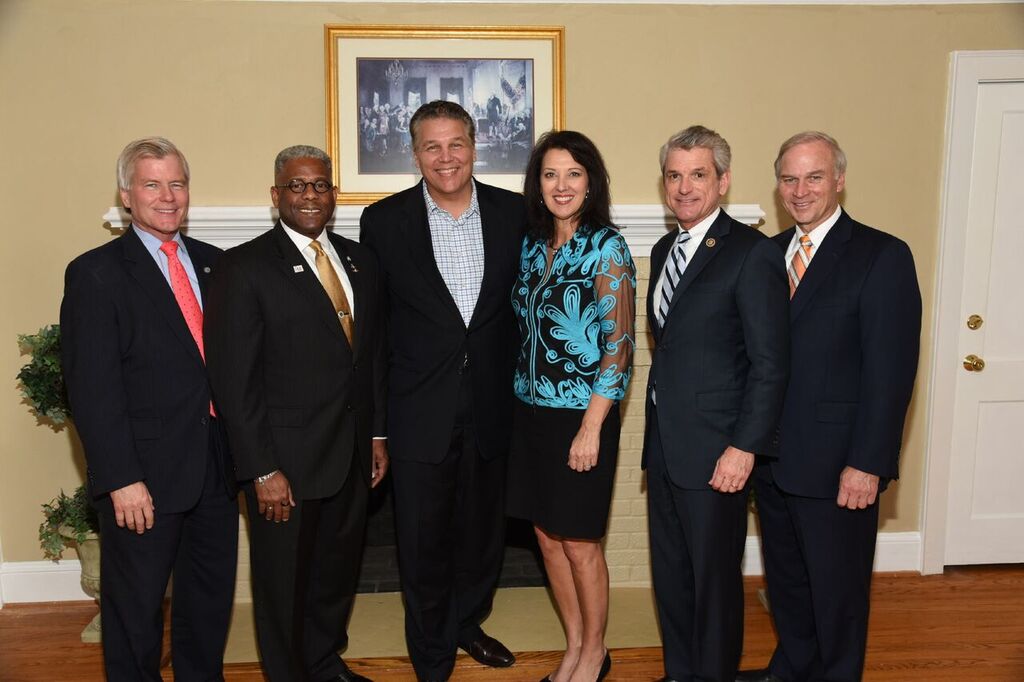 Our “Let Freedom Ring” event Monday evening with our Honorary Chairman, Lt. Col. Allen West (Ret) was not only a huge success, but those in attendance repeatedly commented how inspired they were by the passion they saw from our elected leaders and the Congressional Prayer Caucus Foundation team.

The event was hosted by the CPCF, Congressman Randy Forbes, Congressman Scott Rigell and the 71st Governor of Virginia, Robert F. McDonnell at the Forbes home. In addition to hearing from our elected leaders about their support for our organization, guests in attendance toured our headquarters and got a “first glimpse” of our new strategic center that is scheduled to be in full operation by the end of the year.

One of the most memorable moments of the evening was when Congressman Scott Rigell looked into the crowd, paused and solemnly declared that “It is clear that God has breathed on this building and the Congressional Prayer Caucus Foundation.”

We look forward to hosting many more events as we strive to build partnerships around the nation for “such a time as this.”

IN GOD WE STILL TRUST
Millions Display ‘In God We Trust’ Across America
Keeping First Things First by Congressman Randy Forbes
CORONAVIRUS, CARES ACT AND THE FIGHT FOR FAITH by Congressman Randy Forbes
President Trump Calls for National Day of Prayer
Trump Administration Takes Historic Steps to Protect Freedom of Religion
You Won’t Hear About This on the News
This is an easy win!
TODAY: Historic Advancement of Religious Freedom at the UN
Celebrating Constitution Day
Court Rules in Favor of Protecting Prayer
‘In God We Trust’ in every Louisiana public school
Freedom: Worth Celebrating… Worth Defending
Victory! Peace Cross Will Stand
Supreme Court Victory for IGWT
Doctors finally being protected
Free to Celebrate Our Faith