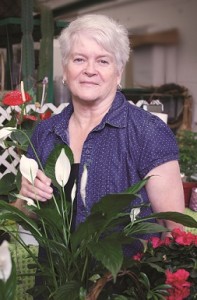 RICHLAND, Wash. – Washington floral artist Barronelle Stutzman on Friday sent a letter to Attorney General Bob Ferguson to decline the settlement offer he made to her on Thursday through a news release he sent to the media.

Ferguson made the offer to Stutzman following a state court ruling Wednesday in his lawsuit against her, State of Washington v. Arlene’s Flowers. The court ruled that Stutzman must provide full support for wedding ceremonies that are contrary to her faith. In his news release, Ferguson offered to drop his lawsuit if she would pay $2,001 and agree to give up her religious freedom.

“As you may imagine, it has been mentally and emotionally exhausting to be at the center of this controversy for nearly two years,” Stutzman wrote in her letter to Ferguson. “I never imagined that using my God-given talents and abilities, and doing what I love to do for over three decades, would become illegal. Our state would be a better place if we respected each other’s differences, and our leaders protected the freedom to have those differences. Since 2012, same-sex couples all over the state have been free to act on their beliefs about marriage, but because I follow the Bible’s teaching that marriage is the union of one man and one woman, I am no longer free to act on my beliefs.”

“Your offer reveals that you don’t really understand me or what this conflict is all about,” Stutzman explained. “It’s about freedom, not money. I certainly don’t relish the idea of losing my business, my home, and everything else that your lawsuit threatens to take from my family, but my freedom to honor God in doing what I do best is more important…. You chose to attack my faith and pursue this not simply as a matter of law, but to threaten my very means of working, eating, and having a home. If you are serious about clarifying the law, then I urge you to drop your claims against my home, business, and other assets….”