Hope in the Midst of Alarming Attacks

Almost every week now, stories of government intrusion are hitting media outlets. Citizens are expected to violate their faith values and their moral consciences—a refusal to do so often resulting in state or federal prosecution with additional threats of substantial fines, arrest warrants and possible incarceration over the exercise of First Amendment freedoms. Frivolous civil lawsuits in the name of “hate speech,” “discrimination” and “violating the separation of church and state,” have been cropping up across the nation for years. 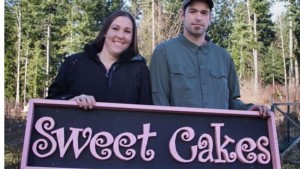 In January of 2013, Aaron and Melissa Klein, the owners of a Christian bakery called Sweet Cakes in Gresham, Oregon, respectfully declined to bake a wedding cake for a same-sex couple because of their religious beliefs. One of the two women, Laurel Bowman, who initially made the request, then filed an anti-discrimination lawsuit with the Oregon Bureau of Labor and Industries (BOLI) against the bakery. Due to public backlash, the Kleins closed their business later that year. Sadly, they recently lost the case and were subsequently fined over $130,000 by the court. However, the nightmare did not end there. Last Thursday, the BOLI Commissioner, Brad Avakian, announced he is planning to further strip the Kleins of their First Amendment Rights by seeking to silence them. The order reads in part:

“To cease and desist from publishing, circulating, issuing or displaying, or causing to be published…any communication to the effect that any of the accommodations…will be refused, withheld from or denied to, or that any discrimination be made against, any person on account of their sexual orientation.”

This could just as easily be a story about you or me…my business, livelihood and well-being or yours.

The battle lines are being drawn with fervor and a determined effort. The agendas of numerous anti-faith groups are becoming more apparent and religious liberties are increasingly coming under attack. At some level, the stakes have never been higher and many Christians are rightly alarmed, but now is not the time to shrink back, look back, turn back or hold back! Now is the time to wake up to the seismic shifts taking place in our culture, to stand up with a voice that can be heard, to raise up a renewed call for our freedoms and to look up to the One who hears our prayers in heaven.

In the wake of such deeply concerning news like that of the Kleins, I remain hopeful and confident because I can also report that hundreds of government leaders in multiple locations and at multiple levels around the nation are working tirelessly on your behalf and attempting to reverse these trends. They are asking for unceasing prayer among people of faith and thousands of citizens are boldly answering by signing a Call to Prayer for America Proclamation. 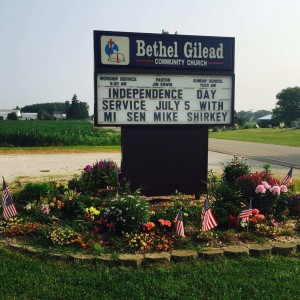 This past weekend, several government leaders participated in a PrayUSA Sunday event in local churches. Congressman Tim Walberg (MI) read the Call to Prayer at Emanuel Baptist Church of Toledo and saw 243 new signatures added to the nearly 10,000 Americans who have already signed the Proclamation. Michigan Senator, Mike Shirkey, addressed Bethel Gilead Community Church during their Independence Day Service and another 175 individuals committed to turn to God in prayer.

Elsewhere in Michigan, Pastor Dave Pierce from First Baptist Church of Cold Water shared the pulpit with former Representative Ken Kurtz at a PrayUSA Sunday event. Together, they discussed the challenges facing people of faith, as well as the movement of national and state leaders that are calling Americans to unceasing prayer. Salem Baptist Church in Georgia added 500 names to the Proclamation. The great reports are continuing to come in. Has your church scheduled a PrayUSA Sunday yet?

Since our nation’s inception, National Days of Prayer, Fasting and Repentance have been called hundreds of times by our government leaders to encourage Americans to return to God and to ask Him to heal our land. It is an enduring and long-tested act of humility that has been embedded into the fabric of American history. Each time, God has graciously answered and met our needs.

This is an opportunity to stand unashamed for our beliefs, to promote prayer, to preserve our Judeo-Christian heritage and protect religious liberty.  We are asking you to join with hundreds of national and state government leaders who are calling the nation to prayer and the thousands who are responding.

This will require a renewed commitment, an organized movement, and the collective sacrifice of thousands who care about what’s happening to our country.

We’ve made it easy for you to schedule a PrayUSA Sunday at your church. Visit PrayUSA.com for a turnkey downloadable kit with everything you need to get started.  Don’t forget to send us your stories! Let’s resolve to encourage one another, turn the tide and make a difference.