The First Amendment to the Constitution reads, “Congress shall make no law respecting an establishment of religion, or prohibiting the free exercise thereof.”  The phrase, “separation of 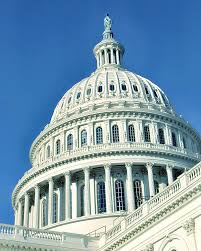 church and state” never appears anywhere in the document. Yet, controversy and angst continue to swirl anytime a person of faith—especially someone from the Judeo-Christian heritage—prays within a public forum, uses the name of Jesus Christ or in many cases, even makes mention of God. The naysayers in the anti-faith movement vehemently take a cease and desist orientation, denouncing any such behavior with a trumped up fear that somehow engaging in the freedom of expression deliberately establishes a preferential religion.

It is astounding that a simple phrase, one that is not recorded in any of our Founding Documents, has been misconstrued and misused to convince an entire generation that God, Biblical values and prayer in the marketplace should be wholly separate from anything related to government, leadership, business or general public life. To form an effective rebuttal and counterargument, we must be informed and equipped with a more balanced perspective.

The origin of the controversy comes from a letter penned by then President, Thomas Jefferson, on January 1, 1802, to the Danbury Baptist Association. Though the letter is frequently used by opponents to justify their attempts to advance legislative restrictions, Jefferson’s own actions challenge this long held assumption. The letter was a means to alleviate a concern that the federal government might infringe upon their religious rights. In reality, Jefferson frequently attended church services in the U.S. Capitol, as did James Madison. In fact, executive branch buildings were often utilized in this manner and the Gospel was even preached in the chambers of the Supreme Court. With further irony in this regard, Jefferson closed his letter to the Danbury Baptists with a brief prayer. Any objective person would conclude that these acts and thousands just like them, do not sound like a government that was confused or in turmoil over the meaning of Jefferson’s comments.

The Heritage Foundation, a conservative think tank, adds that, “The ‘wall of separation’ exists to affirm natural rights, including those of faith and religious worship…it was not referenced to imprison the free exercise of religion. Rather, Jefferson sought to prevent the domination of particular denominations after experiencing persecution under the Church of England.”

The initial distortion of Jefferson’s phrase came as result of a Supreme Court ruling in 1947 (Everson v. Board of Education), whereby Justice Hugo Black used it to support his arguments. In Zorach v. Clauson (1952), the Court later held, “The First Amendment, however, does not say that in every and all respects, there shall be a separation of Church and State…We find no constitutional requirement which makes it necessary for government to be hostile to religion.”

The true meaning and spirit of having a separation of church and state does not automatically imply the separation of God and government. Rather, it explicitly denotes an overt interference by government is unacceptable when it comes to dictating a person’s conscience in matters of faith. Jesus told His disciples that, “You will know the truth, and the truth will make you free” (John8:32). Likewise, now armed with the truth, I cannot urge you strong enough to stand up wherever, whenever, however and with whomever you can, to set the record straight and respectfully challenge any and all distortions as you come across them.

If you want to understand what religious intolerance and a religious state really represents, you need look no further than a lonely stretch of beach on the shores of North Africa in Libya, where 21 Egyptian Coptic Christians were brutally beheaded by the Islamic terrorist group, ISIS, earlier this year.

When city council or school board members offer personal prayers or mention their Christian values, this is not a declaration that all those within earshot must now believe in a similar manner. When legislative sessions and ceremonies are opened with prayer or newly elected government leaders place their hands on a Bible to swear an oath of office, this is not the “establishment” of a particular religion. When military chaplains function in their duly assigned roles as spiritual leaders and draw from their own well of Christ-like compassion, this is not to the exclusion of all other religions. When high school valedictorians acknowledge their moral convictions or say, “God Bless you,” this is not turning their schools into faith-based institutions. What this is, is free speech! 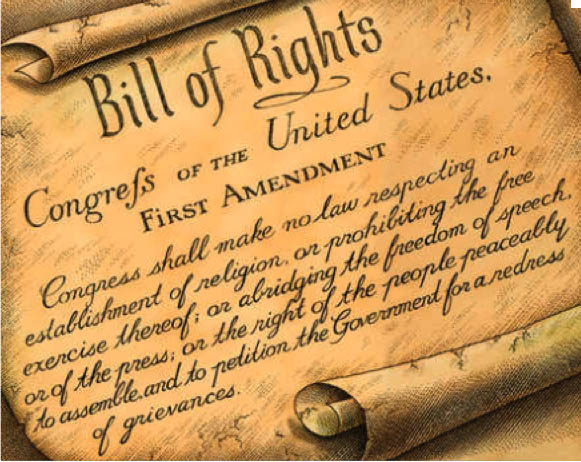 Together, we can be a united voice and stand boldly and confidently in opposition to this nonsense. I say, “Enough!” How about you?