One Shining Moment in the Heart of a Community

Enthusiasm! Inspiration! Excitement! Motivation! These are powerful and

stirring words, but they do not fully capture everything that happened last week in a dynamic Williamsburg, VA church. Over 300 government leaders, pastors, ministry leaders and praying citizens mobilized for a single purpose—to join the nationwide Call to Prayer for America, a growing movement spearheaded by America’s government leaders. The significance was not lost among all those present, knowing that Williamsburg served as the capitol city of the original thirteen colonies.

This was only one of many similar meetings now taking place all across the country, gatherings that reflect the compelling tradition of government leaders and pastors uniting together—taking a public stand for the cause of religious liberty, the freedom of conscience, and admonishing the nation to turn back to God. From the opening prayer, through the rousing words of national, state and local government leaders, and to the solemn signing of the Call to Prayer Proclamation, the sense of hope among all who attended was palatable.

Virginia State Delegate, Brenda Pogge, spoke passionately about recent and egregious attacks on religious liberties, while Virginia Senator, John Cosgrove, urged participants to remember the importance of advocating for our Judeo-Christian values and religious freedom in government and policy. 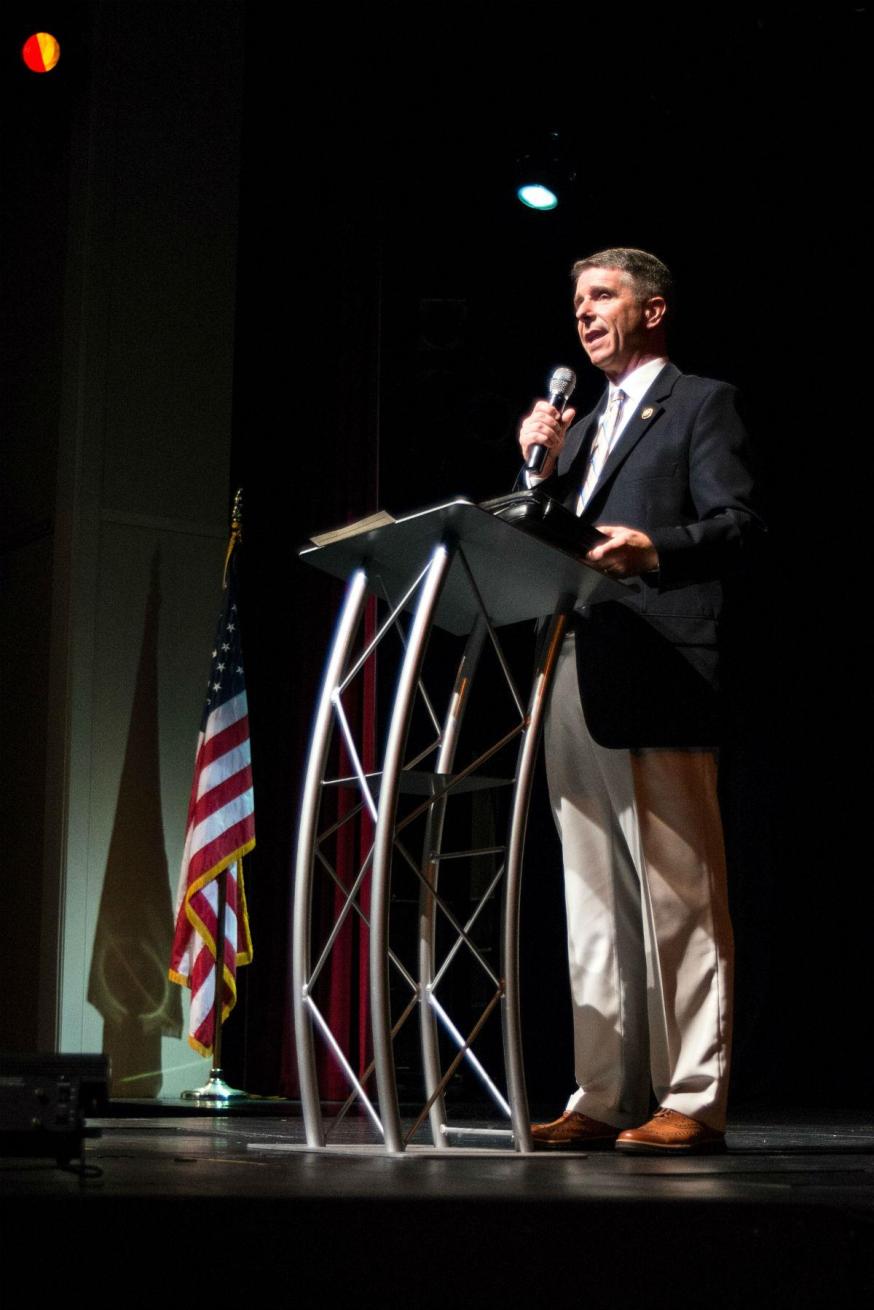 Congressman Rob Wittman (VA) described how members of the Congressional Prayer Caucus meet in Room 219 and faithfully pray together every week before they go into the legislative session. He told some of the encouraging victories that have occurred because leaders are committing themselves as frontline defenders of faith in the U.S. Capitol. Many expressed their joy and appreciation when he shared about the LIFFT America Religious Liberty Summit in March and the PrayUSA: Government Leaders Calling the Nation to Prayer Initiative that was launched earlier this year.

Each person at the Williamsburg event was then invited to sign the Call to Prayer Proclamation and commit to unceasing petition on behalf of our country—the same way that nearly 1,000 government leaders have done so already.

Pastor Mark Morrow of Crosswalk Church and Bishop John Gray of Bethel Restoration Center urged the pastors who were there to take the next step and schedule a PrayUSA Sunday at their own churches, invite a government leader to stand with them in the pulpit and call the congregation to repentance and prayer.

Since launching a few months ago, the PrayUSA: Government Leaders Calling the Nation to Prayer Initiative is becoming an amazing story of hope and promise, as almost 1,000 government leaders, over 130,000 citizens and more than a dozen leading Christian organizations, have joined the unprecedented challenge to pray for America. We are believing for a million voices that are willing to stand up for our country’s Judeo-Christian heritage and to earnestly seek God’s hand of mercy and grace.

If you haven’t done so already, won’t you join us today! Every voice that 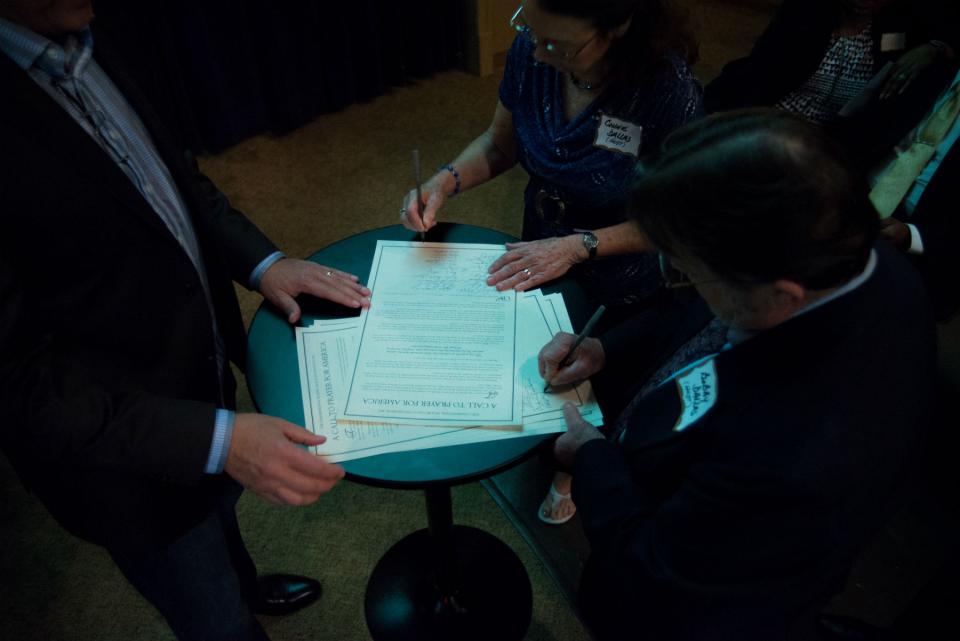 speaks up…every hand raised in a show of commitment…every dollar offered as a pledge of support, helps get the message out. Never has more been at stake as we see the country reeling in a cultural and moral vacuum. You really are making a difference and we must continue to push forward, confidently and with boldness. I am both sobered and strengthened by government leaders trusting God in prayer, and in-turn, calling the nation to its knees.  Such a sincere gesture moves the heart and hand of God. Perhaps one of the most illuminating examples comes from President Abraham Lincoln, who in a moment of national crisis during the Civil War, said, “I have been driven many times upon my knees by the overwhelming conviction that I had nowhere else to go.” Since our founding, National Days of Prayer, Fasting and Repentance have been proclaimed hundreds of times by our government leaders to encourage citizens to return to God, asking Him to heal our land. This has been an enduring and time-tested act of humility, long embedded into the fabric of American history.

In each instance, God has graciously answered and met America’s needs. This is our moment in time. This is our chance and part of our story. Our leaders are showing the way. Let us seize the moment, and let us resolve to pray with them, pray for them, and pray for America. As long as we continue to believe in the power of prayer—prayer that is unified in its vision and purpose, and according to the will and Word of God—anything is possible. Friends…let us pray!